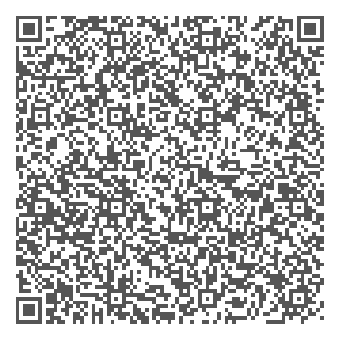 We’ve booked for a week-​end in June 2008 in Berlin the Nashville apartment and everything started perfectly. Our flight landed 20 minutes before schedule (it is now so seldom that I had to mention it!!) around 8pm instead of 8:20, thanks Easyjet !! As we had not luggage checked in we were able to rush to the train station and left around 8:30 the place. After two connections we arrived in front of the hotel around 9:45. First surprise, there was no one there but instead a written note For check in call +49. Hopefully we had our mobile phone and called the number. We got an I’ll be there in 10 minutes, therefore we decided to have a drink at Mario’s, near the apartment we had booked. Finally, the person called me back 5 minutes later saying I am at the hotel without such a nice tone but finally that was perfect we were afraid to wait longer so I rushed back. When I got there the guy was polite but not so friendly but I didn’t pay too much attention. So I filled in the check in form and he asked for the payment in cash. I knew it but actually I didn’t know that we should pay on arrival and I had just 50 euros with me, my partner having the rest at the bar, that was probably my fault. After excusing myself I told him that I was going to the closest cash machine, right outside the place to pay. First he said ok, but a couple of seconds later he exploded. He said No, you’ll come back tomorrow, I’ve been already waiting for you for 2 hours and now I want to go home. I said that we had sent our flight schedule and that I thought he knew that we would arrive around this time but he answered back You’ve landed at 7:41 I’ve checked on the Internet I was amazed as I was sure of what had happen, I was there and not him. I told him the truth but apparently he didn’t care really, he just wanted to go home now He gave me the key and the next surprise was that it was for the Moulin rouge apartment. I double checked on the confirmation that I had printed and showed him that we had booked the Nashville instead. He was also surprised and checked back on his computer. He told be that no the Nashville apartment was not available but the Moulin rouge was bigger at the same price so we were not loosing anything. Then seeing that I was disappointed he told me that they had water problem at the Moulin rouge and that it was not available for anyone. I told him that he could have informed us of this change but his answer was No, it happened 2 days ago I told him that I was reading my emails every day but that if the apartment was even better it was not a problem. However I had no choice at this time
Next morning we went back to the guesthouse to pay the remaining amount of the stay. He was at first sight again polite but not so friendly, I got used to it. I had to ask if the Internet connection was in order as we were not able to get connected. Of course he said that is was in order but when I tried to explain that I had tried everything without success, he shouted back No, I was there yesterday and it was functioning. I must admit that I had to ask back if he was rude with all customers or just with us and we left. For the tip, I had been able to connect my laptop later on from an Internet Café. Of course we had other questions, about the city, the different places where to go as it was our first time in Berlin but it was useless to ask him anything else at this stage. Shortly the next morning for our check out, the top news was that he couldn’t keep our luggage for the afternoon as reception was closed after 14:00, so we had to walk around the city with our bags before our evening flight.
Now my opinion: We are probably very demanding when we travel as we hope a perfect experience far away from the daily stress. However we know that perfection does not exist. We usually adapt ourselves to the local rules as long as it is explained in a clear and polite way. We travel a lot in and outside Europe and this is the first time we meet such warm welcome. It is a shame because the place is also very nice and clean. It is located in the perfect neighbourhood. I will never understand why some consider themselves as a super star, probably explaining the guesthouse name, and customers as negligible. I believe that there is minimum of friendliness to show when you run a business in contact with customers, and overall several ways to say the same thing (Oh, I am afraid we cannot or I am sorry but) some basics that apparently they don’t have at Stars Guesthouse Berlin. This is a long story to intend giving as much information as possible based on facts then you’ll pick what you want to have your own opinion.
Inbala
Rating des Ortes: 4
Firrel, Niedersachsen