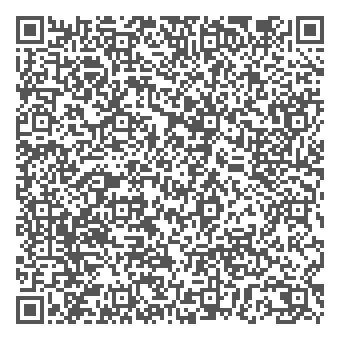 One of the cheapest bars in town. But be careful: Most guest are real drinkers or Spanish exchange students. Not the right place to take a lady on a date to.
TraR
Rating des Ortes: 5
Berlin

This place has a five-​star rating and without mistake. If you’re looking for an upscale, stylish Laden where you can show off your latest Dior then give this place a miss. If you’re looking for a rad place to knock back a few beers with friends and play a couple games of backgammon among other laid-​back folk then you’ve found yourself a new home. Old-​school Fhain keeping it real but beware, staff is selectively friendly. I.e. be cool to them and they’ll be cool to you. Act like a w@nker and you’ll get the same treatment in kind.
Careful about your bags; if you go to see a show there don’t be a victim and leave your backpack unattended. Nuff said.
Taschendiebe aside, always always always worth a visit.
Dschud
Rating des Ortes: 5
Berlin

If you go to Supamolly you might feel as if you missed the spot because to get to the concert area you have to go through a small bar at first. The door to the concert areal opens at about ten, but may vary.
They have plenty of hallways, corners and steps to stride along after which you come into the first room, which is the bar kind of loungy area. All equipped with rather worn down sofas, quite trashy (Berlin style).
Two small alleyways spit you onto the concert floor with the stage, where it usually gets loaded full and crammed.
If you want it a bit quieter, make your way up the metal spiralstairs which lead to the bar and toilets. From here you also have a great view on the dancing crowd and on the stage.
Grab a Club Mate vodka ! and let your eyes indulge in the artwork that has been scattered all over the place. paintings, statues. and the dj, which stands on a small platform only and uses digital equipment in his small cell to make the whole sound possible.
The sound really can be anything, they have livebands ranging from jazz over hardcore to art-​noise. Though they host ska bands mainly. Ocassionally they have a special Rattenbar called gayparty too, but anyone is welcome.
Several times a year there is also a theatrefestival with a variety of artists showing what they can. Youll find yourself very likely in the position of seeing a band never thought could of existed before and then really liking them. Its alwayssmth special going on.
Afterwards there are always Djs till real early in the mroning with all kinds of music styles (Drum n Bass, Jungle, Raggea, 20s, Electro)
Entrance fee is mostly 4EUR which is very cheap– the drinks are too.
The people are very mixed, mostly 20to 40, but everything is possible. You know this feeling ofaaah why have guys like those have to hang out here I never had it when I was there, everyone is relaxed and there to have fun.
One negative thing at times can be the toilets. but use the ones in the entrancebar and you should be fine.
Oh and you can smoke. whatever
In summer they have a campfire in the backyard.